Just a word about JACK L. COLEMAN. JACK was a professional. Some of his experiences included: Sergeant in 585th Ambulance Company (the only unit to receive 2 Presidential Citations) WWII, on the front lines of advancing Allied forces. Once, he spoke with the ever-present impressions obviously seared in his mind... of his medical team first entering the horror of concentration camps, stepping over countless dead and dying... just minutes earlier having been murdered or left for dead by Hitler's Nazi machinery.

JACK was a member of the Dr. Fuller's Old Fashioned Revival Hour - quartet. He received his Bachelors and Masters degrees at USC; as a music teacher, JACK taught 2 high school guys (who became the Righteous Brothers); later, JACK was Coordinator of music - for the Orange County Superintendent of schools; Educational Director for Walt Disney Corporation; Musical Director for Oral Roberts World Action Singers; Music Director for the King Family TV Series; Choral Director for the Laguna Festival of Opera, Laguna Beach, California, and for the Geneva Youth Musicale, Switzerland. JACK was an avid high performance sailplane expert. (Incredible experience to fly with him... silently soaring about the earth as we moved from thermol to thermol.)

JACK was a man of faith. One of his first composed works was: THE CENTURIAN, nominated for a Grammy; followed by A CITY OF THE KING (both produced at NBC, Burbank for hour long TV specials; and several musical pieces for young people: ZACH JR; THE BOY WHO CAUGHT THE FISH, and many other compositions. His work for children: placed First at the New York City Film Festival.

Perhaps the most quoted verse I recall JACK sharing with others was... from the book of Proverbs 3:5-6... Trust in the LORD with all your heart; and lean not on your own understanding. In all your ways acknowledge Him, and He willl direct your paths.

JACK passed on June 6, 1985. The exquisite pianist, Lee Farrell (Bill Medley's pianist/ Will Farrell's father)... accompanied himself... as he sang at JACK'S memorial service. Dr. Robert Bowman, founder of FEBC reflected on JACK's contribution to music in the world. Finally, SARAH spoke from her heart for about 10 minutes... reflecting on: WHAT HAPPENS WHEN THE MIRACLE HOPED FOR DOESN'T HAPPEN... ending, WE still give thanks and praise our Great GOD for His continued goodness to us. JACK received his miracle: his is forever, safely with the LORD whom he served.

LEE FARRELL as he accompanied and sang,
SARAH as she remembered JACK

JACK COLEMAN first met SARAH JEPSEN while they were both guest speakers at a single's conference?! Go figure! SARAH lived on the front lines of faith and faithfulness for our Lord Jesus. I am so thankful to GOD she has been part of our family all these years. When I first met SARAH back in 1974, she had traveled to over 100 countries speaking for the Lord, including in Berlin at the World's Conference on Religion for Women -- Sarah was the selected speaker for Christians. Early on Sarah commented, GOD has never promised to honor my words; but He has promised to honor His and she knew what He said, as she read the Bible through 4 times a year all her life. As an advisor to US presidents and prolific writer for corporate and political leaders - including 45 US Senators, SARAH was the kind of person who received more awards and recognitions than she cared to remember. SARAH taught us to "de-accumulation"... it was so funny as she struggled to give away things... that endlessly arrive at her door from so many very kind people!

Sarah Anne Jepson Coleman passed on September 28, 2020: but this time when she awoke, it was over there, and Sarah was greeted by the Lord whom she served, and Jack whom she loved, and their triplets she never got to know; who had so tragically passed one day, as Sarah drove herself to the hospital knowing something was terribly wrong. As she stepped into the hospital, she passed out, and upon waking, she learned their two boys and girl hadn't survive -- something no mother could ever really get over. But all that sadness, suddenly changed on September 28, 2020 -- to God be the glory, HE does all things well. Did Jack tell the three "your mother is coming" let's sing! And what did they sing? of course, play it again: You are so beautiful.

On September 28 many years ago Sarah wrote in her daily devotional CELEBATE HIS GLORY:

When we become disheartened by the storms on the horizon, it is well to recognize that God is in charge. He is in command of this universe. He does not change in His holiness or judgment. His love and His mercy, His grace and His sufficiency remain the same. He is the same God whose creation of the heavens and the earth we read about in Genesis. And now in the last book of the Old Testament, He reminds us that He changes not.

The Psalmist remind us of another great certainty. In a time when textbooks are rewritten and soon become obsolete, when some theories are disproved and other approved, we have God's Word which changes not. "Forever, O Lord, Your Word is settled in heaven." Daily the Scriptures are being confirmed to us in the field of archaeology, and even more dramatically in men's lives. "The grass withers, the flower fades; but the word of our God shall stand forever".

We see man in Malachi as we saw man in Genesis -- sinful and disobedient. In between we have read the history of God's patience and perseverance, along with His judgment. The record proves that until the heart of man is changed, man's ways cannot be changed. From Adam on, every man has needed forgiveness from sin and God's life and power to quicken and change his life and ways. God's purpose for the world always will be under His control. His plan will culminate in the time when we will reign with Him forever. May this knowledge of our unchangeable God and His immutable ways draw us closer to Him.

An old hymn writer -- Henry F. Lyte expressed it like this:
Change and decay in all around I see: O You who changes not, abide with me.

I met Jack and Sarah in 1974 - 2 people who changed the world they walked in for the Lord; they taught us to attempt great things for GOD; to sing His praise, and each day be thankful for our great God and Savior, Jesus Christ our Lord.

Remembering Jack and Sarah Coleman this day Sep 28, 2020 -- they served their generation very well:
as Sarah's personal representative, I received the bitter sweet call this morning. Please feel free to share this news.

Kindest regards to you,
REGGIE KEITH If you care to communicate, please email: ilibros@att.net
The following: a memory book has been set up by Washelli Dignity Group. Below is the website if you would like to share a special remembrance. Please pass this to other friends of Sarah.

SARAH was always glad to know JACK's music is still loved by many; available here, please feel free to share it with whomever.

Many years ago, Sarah helped Jack pull together Crescendos and Diminuendos - We will keep the link to Jack's devotional book for musicians; though with Sarah Coleman's passing it is no longer being printed. If you can find a copy, it is still a wonderful read, for those leading and participating in music in the church.

There's hardly a day gone by all these years that I can still hear when Jack said, You don't need to tell me I'm a sinner... BUT please... remind me every day... I have a great Savior! When I think of Jack and Sarah the verse which always comes to mind... is from Psalm 90: "LORD, teach me to number my days, that I might present to You a heart full of wisdom." 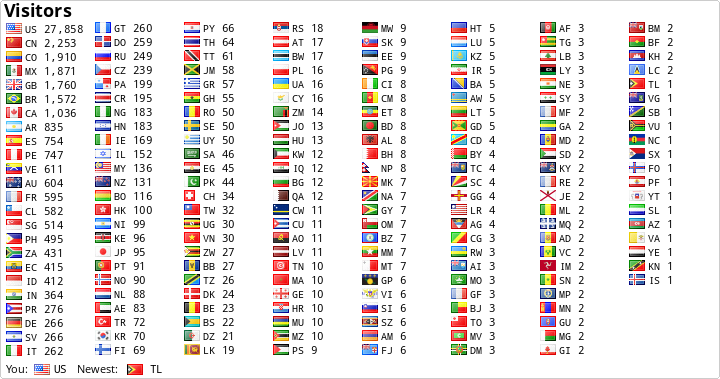